Arizona is one of the states of the United States. The standard abbreviation for Grand Canyon State or Copper State, as its nicknames go, is AZ. The capital is Phoenix.

The area that now forms the state of Arizona was first settled by Native American peoples such as the Hopi and the Navajo. The first Spanish explorers invaded the area around 1540. At the end of the 17th century, a series of missions were established with the aim of converting the indigenous population to Christianity.

After being in Spanish hands for centuries, the area became part of Mexico in 1810. After the Mexican-American War in 1848, Mexico had to cede most of the area to the United States. In 1853, the US bought another territory to the south, a transaction known as the Gadsden Purchase. Initially, Arizona was governed as part of the New Mexico Territory until it became an independent territory in 1863. On February 14, 1912, Arizona formally became a state of the United States, the 48th.

Arizona was hit hard during the Great Depression, but it quickly recovered, partly due to the developing tourist industry that has become an important economic factor for the state.

Arizona is a conservative state, where anyone can carry a firearm without a license. The government is facilitating a 7.5-hectare resort with shooting ranges, where gun enthusiasts from miles around come to practice shooting. There are several theories about the origin of the name Arizona. Three of them are:

The state of Arizona covers 295,254 km², of which 294,312 km² is land. Arizona is bordered by Mexico to the south, Utah and Colorado to the north, Nevada and California to the west, and New Mexico to the east. The point where the borders with Utah, New Mexico, and Colorado meet is called Four Corners. Arizona has extensive Native American reservations.

Arizona is in the Mountain time zone, but does not use daylight saving time (except the Native American reservations).

The main river is the Colorado, which forms part of the western border. Among other things, the river flows through the famous Grand Canyon. Other notable wilderness areas include the Painted Desert, Petrified Forest, Monument Valley, (on the border with the state of Utah), and The Wave.

Arizona has a desert climate for the most part with hot summers, but also night frosts, especially in winter. In the northern part of the state, which is at a higher elevation than the rest, the climate is noticeably colder with temperatures dropping below −18°C. The capital Phoenix is ​​the city with the most days of the year when the temperature rises to +38 °C or higher.

According to TRACKAAH, Arizona had a population of 7,130,632 (20 per km²), 5% of whom were Indians. Almost 20% of the population has Spanish as their mother tongue. The main cities are Phoenix, Tucson and Flagstaff.

The government is the primary employer in Arizona where much of the land is owned by the federal and state governments. Furthermore, the technology and high-tech industries are especially important for the economy. Products such as computers, electronics and aircraft and spacecraft are manufactured in the state. Mining is also an important source of income. Copper is mainly mined in Arizona.

According to COUNTRYAAH, Arizona is divided into 15 counties.

The executive branch of the state is headed by a governor, who is directly elected by the voters in the state.

In 2014, Doug Ducey of the Republican Party was elected governor of the state of Arizona. He easily won the election against his Democratic opponent Fred DuVal. In January 2015, Ducey succeeded incumbent governor and fellow party member Jan Brewer, who was not allowed to run for re-election after her term.

Arizona is one of five U.S. states without the office of lieutenant governor. In the absence of the Governor, duties are performed by the separately elected Secretary of State.

Arizona leans towards the Democratic Party politically. Most deputies are Democrats, as are both senators. The current governor is Republican.

In presidential elections, Arizona usually chooses the Republican candidate, including in 2016 when Donald Trump won the state with 48% of the vote. Arizona did opt for Democratic nominee Joe Biden in 2020. 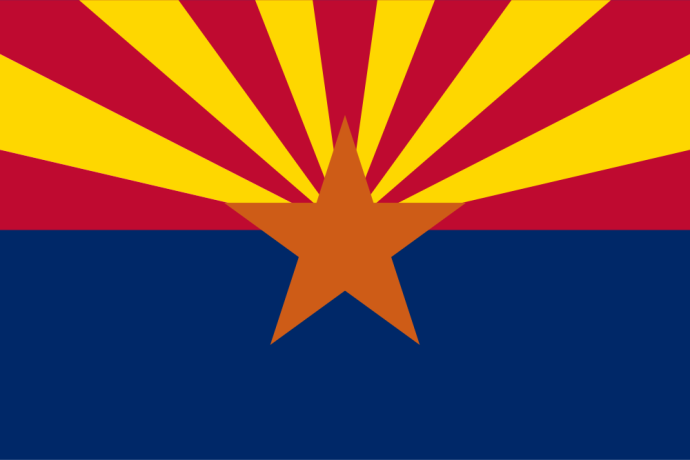