The Aarskog syndrome or Aarskog-Scott syndrome is named after the pediatrician Charles I. Jr. Scott or after the human geneticist Dagfinn Aarskog. It is a very rare X-linked syndrome. This malformation syndrome is very often associated with short stature.

Aarskog-Scott syndrome is an extremely rare genetic disorder that is caused by a mutation on the X chromosome. Body size, bones, muscles, facial features and genitals are particularly affected.

The disease usually only occurs in men; women often only develop a milder form of the syndrome. Usually the symptoms appear up to the age of three.

Aarskog-Scott syndrome is caused by a mutation of the so-called faciogenital dysplasia gene (FGD1 gene), which is linked to the X chromosome. Parents pass on X chromosomes to children. Since male children only have one X chromosome, the genetic defect is likely inherited from the mother.

Female children, on the other hand, have two X chromosomes. So if one chromosome has the genetic defect, the second chromosome can compensate for it. Because of this, female sufferers develop a milder form of the syndrome.

Aarskog syndrome is characterized by an anomaly of the genitals, facial features, feet and hands or short stature . Those affected have a snub nose with a wide bridge of the nose, a broad forehead and a round face, and usually the cornea of ​​the eyes is also changed. The hands are often relatively wide and short and ossification or adhesions can be seen on the carpal bones.

The fingers are over-jointed and the middle finger bone can be hyperextended, which is also known as hypermobility syndrome . In addition, so-called clinodactyly can be seen, which means that the phalanx can bend to the side. The same applies to the feet. The tarsal bones are ossified, the toes angled, and the feet rather thick and short. The facial abnormalities can regress over time.

In addition, motor development and sexual maturation are often delayed . Many patients experience nearsightedness and strabismus , but more complex eye changes are also noted. The palate can also be severely ossified, and misaligned teeth or a so-called “malocclusion” are also described . The upper jaw is also often underdeveloped, which is known as “maxillary hypoplasia”.

Other symptoms include a pointed hairline, nostrils that point forward and almond-shaped and / or widely spaced eyes. The ears are often folded down, there is a pit over the upper lip, drooping eyelids and delayed tooth growth can also occur.

In addition, the bones and muscles can be misshapen. Signs of these abnormalities include a funnel-shaped chest , webbed fingers and toes, and wrinkles in the palm of the hand.

Malformations of the genitals include testicular retention, a lump in the groin or scrotum, delayed sexual maturity, or an anomaly in the scrotum.

Furthermore, it can also lead to developmental disorders of the brain. As a result, cognitive performance is slowed down , those affected often suffer from attention deficit disorder ( ADHD / ADD) and cognitive development is also delayed. These abnormalities usually improve after puberty or often disappear completely in adulthood.

In most cases, a slight degree of retardation can also be noted, so an intelligence test is sometimes also carried out. Often the results are in the average or low range, high IQ scores are rarely recorded in those affected.

Most often, the doctor first examines the child’s facial features, which can determine whether they have Aarskog-Scott syndrome. This is followed by a family history and physical exam. If the doctor suspects Aarskog-Scott syndrome, a genetic test can also be ordered. An x-ray is also useful so that the severity of the abnormalities caused by the syndrome can be determined.

There are many different complications associated with Aarskog-Scott syndrome. A complete cure of the symptom is unfortunately not possible. However, the malpositions can be eliminated by surgical interventions. In addition to the syndrome itself, the patient often suffers from short stature.

The victim’s hands and feet, genitals and mouth are abnormal. The hands look wide. Small and fat feet make it relatively difficult for patients to walk, so that they can only move around to a limited extent in everyday life. Vision problems also occur in people with Aarskog-Scott syndrome.

Sexual activity is also negatively affected by the symptom. Those affected are not infrequently characterized by misaligned teeth and misaligned teeth. The malformations themselves can be corrected in many cases so that there are no further complications.

This is especially true of the testicles, teeth, and bones. However, patients also suffer from delayed development, which can lead to disabilities and exclusion in life. It is not uncommon for psychological problems to arise. Most of the time, those affected are dependent on the help of other people in everyday life. Boys are more likely to be born with this symptom than girls.

Aarskog-Scott syndrome can often be diagnosed during the ultrasound examination based on the noticeable symptoms. At the latest when the child is born, the genetic defect can be recognized and diagnosed by the doctor as Aarskog-Scott syndrome. A clear diagnosis is possible through a family history or a genetic test. In addition, parents must regularly see a doctor.

The misalignments can cause a number of complications, which must be treated medically in any case. If symptoms of attention deficit disorder are noticed, a behavioral therapist should be sought. If you have visual or hearing impairments, you should immediately seek advice from the appropriate specialist. Comprehensive therapy will not go away, but it will make life easier with them.

Those affected should also consult a doctor later in life. They can provide information about the symptoms and complaints associated with Aarskog-Scott syndrome and give tips on how to cope with them. Since the malformations often lead to exclusion and a reduced self-esteem, psychotherapeutic counseling is also useful.

There is no cure for Aarskog-Scott syndrome. As part of a treatment, the malformations that occur on the tissue, bones or teeth of the affected person can be corrected. In many cases, surgical intervention is required. These include:

Other treatments include measures to support cognitive developmental delays. If the child suffers from attention deficit disorder, special therapies are also required. Here a behavior therapist can support the parents.

Aarskog-Scott syndrome usually results in various malformations and short stature in the patient. Due to the malformations, children are often affected by teasing and bullying. The syndrome causes severe abnormalities in the feet and hands, which complicate the patient’s everyday life. The symptoms can also lead to psychological discomfort and depression.

Aarskog-Scott syndrome also affects the patient’s eyesight and hearing and deforms the teeth, which leads to pain. Usually these deformations can be treated surgically. The mental and motor development of the child can be delayed, so that the patient is dependent on support in everyday life. In adulthood, however, those affected usually find their way around so that there are no more restrictions later.

In most cases, there are no further complaints during treatment; many malformations can be corrected with the help of operations.

The likelihood of developing Aarskog-Scott syndrome can be increased by two factors: hereditary predisposition and gender. If a child is male, the probability of developing the genetic defect is higher because it only has one X chromosome. If the mother carries the defective gene, the risk increases for the child that this defect will develop.

In principle, Aarskog-Scott syndrome cannot be prevented. Women have the option of having a genetic test to find a mutated FGD-1 gene. If you carry the mutated gene, you can then decide whether you want to have a child or not.

Some of the malformations caused by the genetic defect can be corrected surgically. Nevertheless, those affected will have to live with restrictions throughout their lives. Most of them, however, can cope with everyday life by themselves in adulthood.

Especially in childhood, young patients suffer from bullying. A stable family environment is the most important support. Parents should not be afraid to use psychological support for themselves and their child. Only self-confident and stable parents can convey this to their child. The educational specialist literature also offers methods to strengthen the child’s self-esteem in a playful way. Self-help groups are a very good platform for exchanging experiences. Attention deficit disorder can occur during school days. A special behavior therapy could have a supportive effect.

In everyday life, parents should ensure that motor and speech therapy exercises are carried out consistently . This is important in conjunction with treatment by the therapist. Depending on the severity of the disease, lifelong support may be necessary for those affected. If parents can no longer afford this – because there may be more children to look after or the physical and psychological stresses are too great – a carer should be called upon. Accommodation in an assisted living facility can also be discussed without hesitation. Parents shouldn’t ignore their own health. 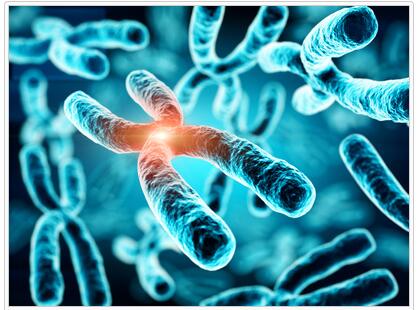